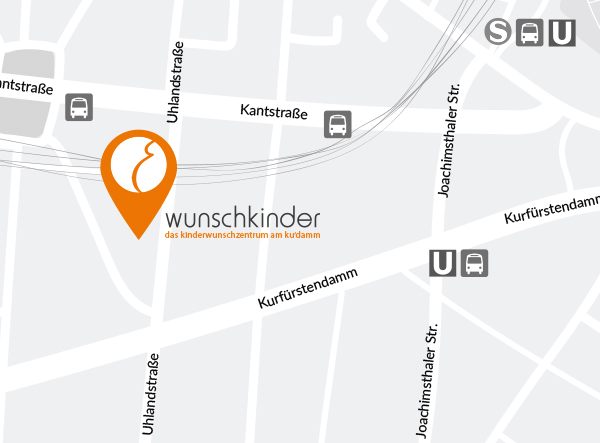 How does the biological process work? How does my egg transform into my
child?

From approximately day 1 to day 10, the eggs mature. With the onset of menstruation, a new cycle of egg maturation begins. Several eggs mature at the same time, each in a membrane called an ovarian follicle. However, only one follicle wins the race and reaches maturity for ovulation, and the other eggs die.

The uterus prepares itself

The lining of the uterus (endometrium) built up during the pre-cycle is shed with menstrual bleeding. The endometrium can now prepare itself anew for a possible implantation of the fertilised egg. The build-up of the uterine lining is controlled by the presence of oestrogen, which is secreted by the growing follicles. In a cycle of 28 days, the follicle reaches a size of 8-10mm on the 12th day of the cycle. The maturation phase of the follicle and the egg it carries varies in length. Women with a cycle that is 25 days long, will have a so-called follicular phase that will last around 10-11 days until/before ovulation. In women with a longer cycle, maturation will start later. With a 35-day cycle, the follicular phase ends after approximately 21-22 days.

Ovulation usually occurs around the 14th day of the cycle (within the “classic” 28-day cycle). The wall of the follicle tears and the egg is ejected from the follicle. At this moment, the open funnel-shaped end of the fallopian tube overlaps onto the ovary and receives the egg.

If sexual intercourse occurs shortly before or after ovulation, fertilisation of the egg takes place in the fallopian tube. From here, the egg is slowly transported to the uterine cavity, which takes around 5-6 days.

On the 6th day after fertilisation, the embryo builds up pressure in the egg membrane and bursts its shell (so-called “hatching”). Now it is ready to implant into the lining of the uterus. During implantation, small blood vessels in the uterine lining open to supply the embryo with nutrients and oxygen. In some cases, there may be a small amount of bleeding from the vagina during implantation. The growing embryonic tissue produces the pregnancy hormone HCG, which stimulates the corpus luteum. The corpus luteum develops from the remnants of the follicle remaining in the ovary and secretes the hormone progesterone, which stabilises the pregnancy. Should pregnancy not occur, the corpus luteum function breaks down. The resulting drop in hormones induces the shedding of the uterine lining and associated menstrual bleeding: a new cycle begins.

The duration of the egg follicle’s pre-ovulation maturation phase varies from person to person. As a result, calculating the time of ovulation is only possible for women with very regular cycles. This calculation is based on the steady second (luteal) phase, which usually consistently lasts 13- 14 days (the period from ovulation to the onset of the following menstrual period). This stability of the 2nd segment of the cycle makes it possible to calculate one’s own ovulation date with regular bleeding - it is also the basis of menstrual cycle apps.

In addition to the causes described under “Diagnostics”, other causes of fertility disorders can be considered.

Most women have a mucosal thickness of about 8-10mm, which can be seen in the ultrasound taken before ovulation. The mucosa (endometrium) shows a typical three-layered structure, which changes after ovulation under the influence of the corpus luteum hormones. Previous studies have shown that women with an endometrial thickness of less than 6mm, presented lower pregnancy rates during artificial insemination. For this reason, patients are often prescribed medication to improve the growth of the mucous membrane, such as ASA, high doses of vitamin E and blood flow stimulants - pentoxifylline or Viagra for example. Recent studies have shown that some women with thin mucous membranes become and remain pregnant normally. With these cases, it would not be constructive to make the mucous membrane thicker; in these circumstances the treatment is usually ineffective anyway. Women who have previously had surgical procedures, such as curettage, can also have thinner mucous membranes. In these cases, surgical intervention has prompted a reaction in the mucous membrane with reduced growth and scarring in the uterine cavity (otherwise known as Asherman syndrome). In these cases, treatment is useful to restore the mucosal conditions and thus improve fertility.

Disorders in the function of the pituitary gland

The pituitary gland produces hormones that control the glands in our body (thyroid, ovaries or testicles, adrenal gland, mammary gland). These various systems are in turn controlled by areas in the brain. In the case of a gland disorder (e.g., thyroid, adrenal gland etc.) or influence over the control systems of the brain, (for example through extreme stress, extreme sport or starvation); the function of the pituitary gland can be impaired. This can lead to cycle disorders, among other issues. The function of the pituitary gland can also be compromised as a result of congenital disorders.

The fallopian tubes’ main function is transportation: they promote the ascent of the sperm cells to the ovary and pump the formed embryo towards the uterus for implantation. In addition to this function however, they also have task to “nourish”, so the function of the sperm cell is maintained, and the embryo receives sufficient developmental nutrients on its journey. This is achieved by the muscular layer in the fallopian tube wall and the inner mucous membrane. On examining the fallopian tube, one notices its delicate structure, which allows a significant amount of mobility. Inflammations in the abdominal cavity or infections can cause thickening of the wall and destruction of the mucous membrane. In the worst-case scenario, the fallopian tubes can be completely blocked. The changes in the mucous membrane are difficult to diagnose but incomplete and complete obstructions are more easily recognised (see Diagnostics). .

The subject of immunological causes is one that is complex and for the most part not yet widely researched. It is clear that the implantation of the embryo as a quasi “foreign body” in the woman’s uterus can be presented as an immunological phenomenon. The reasons as to why the “foreign body” embryo is not repelled by the maternal body, are only known to a small extent. Therefore, the diagnosis and furthermore treatment of possible disorders are still in their infancy. Issues with implantation and frequent miscarriages may also be due to immunological causes. Although there are currently test procedures available for examining immune cells in the blood and in the mucous membrane, these are still regarded as experimental, as are the possible treatments in the cases of the “maladjustment” of the maternal immune system.

Sperm cells are produced in small tubules formed from the stem cells (spermatogonia) located in the testicle. This occurs from approximately the age of 12 under the influence of pituitary gland hormones (mainly FSH). In order for the sperm cell to become functional, maturation takes 3 months, during which time the precursor cells divide and acquire, among other things, the flagella for active locomotion. The grown sperm cells are stored and continue to mature in the epididymis, from where they are ejected out through the vas deferens during ejaculation. Approximately 100 million sperm are produced every day, but only a small proportion of these come to light during ejaculation (approximately 40-200 million per ejaculate). The rest are broken down in the testicles. Common causes of reduced sperm production are inflammation of the testicular tissue (for example, with mumps), toxic influences of smoking, alcohol and environmental toxins (in food, air). Permanently elevated temperatures (as well as in the case of undescended testicles) can also lead to damage. Short-term increases in temperature, such as cycling, are not significant. However, there are also congenital disorders where the testis are missing stem cells, which can lead to a complete absence of sperm. The latter can be detected by an examination of the testicular tissue (testicular biopsy/TESE).

Interruption of the spermatic ducts can also lead to few, or no sperm being found in the ejaculate, although their production may be completely normal. This can occur after infections of the epididymis, but also as a result of congenital disorders of the spermatic duct (for example in mucoviscidosis patients). In these cases, the sperm cells can be obtained through a testicular biopsy.

Sperm cells often show changes in the shape of the head or flagella under a microscope. Some changes are associated with definitive loss of sperm function. Other, milder changes (for example the shape of the head) have no apparent significance. Under today’s microscopes, it can be that the vast majority of sperm are classified as morphologically not quite “normal”. This is also the case in men who are completely fertile. There may be further functional restriction as a result of a reduction in enzymes. These are necessary for the sperm’s mobility and for the cell surface to thicken. However, test procedures for this are not yet fully established. There may additionally be increased degradation of the chromosomes, which is a completely normal process in terms of general cell degeneration. In some men, however, an excessive proportion of the sperm is significantly degraded, so much so that it limits fertility. Risks for this are smoking, severe obesity, and therapies such as chemotherapy or radiation treatments.

Men report erectile dysfunction and ejaculation disorders, especially if they have wanted children for many years. Erectile dysfunction is often caused by increased levels of stress; the stress of wanting children alone can often be the cause. It is important that such problems are mentioned during conversations in order for them to be treated. Often these dysfunctions are very stressful for men and also for their partners. Ejaculation disorders also occur more frequently in men after previous operations in the genital area (e.g. prostate surgery). .

Step by step, we approach the probable causes of why you’re having difficulty conceiving a child during your fertility treatment, and thus take the decision for the most promising treatment on an individual basis. You can take the first step now when you make an appointment for an initial consultation.